Dukno Yoon received a MFA in metalsmithing and jewelry at Miami University in Ohio and a BFA at Kookmin University in Seoul, Korea. Yoon explores movements and mechanical structure as form to create small kinetic sculptures and wearable form. His artwork has been exhibited in Korea, Japan, Australia and the United States. His career as a metal artist/designer also includes costume production of crowns, armor and metal masks for several TV shows by major broadcasting companies in Korea. He has also received several international awards and federal grants in Korea and has been featured and included in numerous publications. He is currently an Assistant Professor and the Area Coordinator of metalsmithing and jewelry at Kansas State University.

Intrigued by machines and their movements, mechanical structure has become the most crucial formal language throughout my body of work. Mechanical structure as a form fascinates me in two aspects. First, structural form can achieve complexity yet simplicity at once because of the ingrained logic behind it. Additionally, mechanical forms involve movement that is not random, but rather is designed or devised, and thus can be interactive. Working in particular with mechanical movements that interact with and involve viewers allows me to give vitality to objects. My wearable/kinetic works are intended to exist between jewelry and sculpture. They stand independently while their close connection to the body creates an intimate relationship with the viewer. 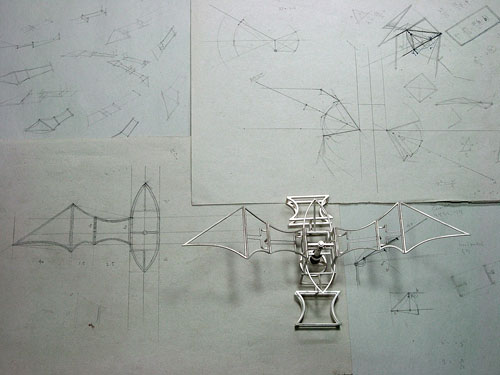 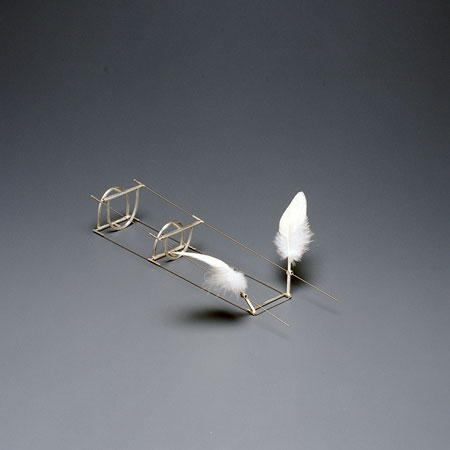 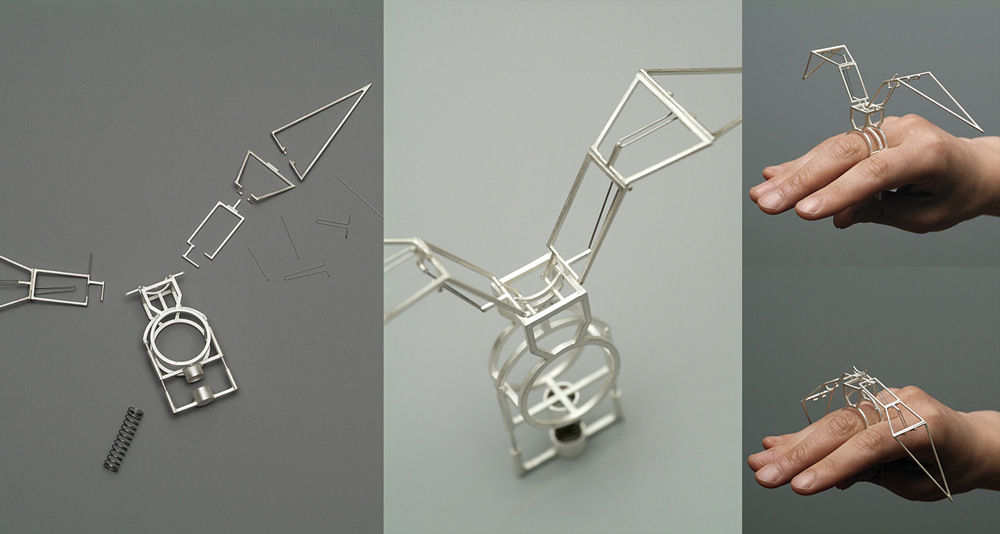 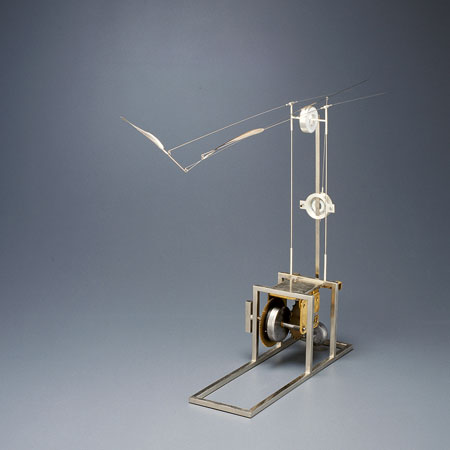 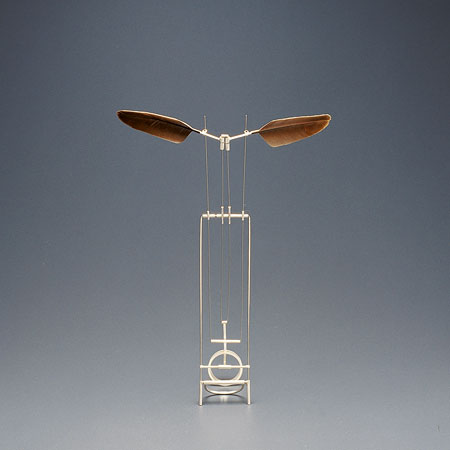